This model was built in 1987, powered by a .61 glow engine and was flown each year till 2008 when I decided to perform a conversion to electric. I had converted another of my glow planes of similar weight using this same power system and it worked out so well I duplicated it for the Enforcer. Today, July 12, 2014, I finally flew it for the first time under electric power and was very satisfied with not only returning this favorite model of mine to the air but also with the performance of this AXI/Jeti power system. 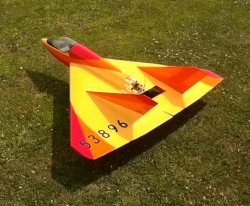 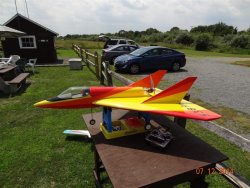 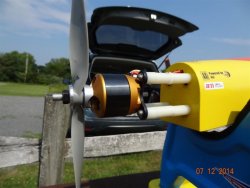 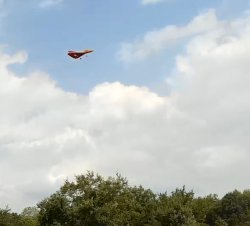